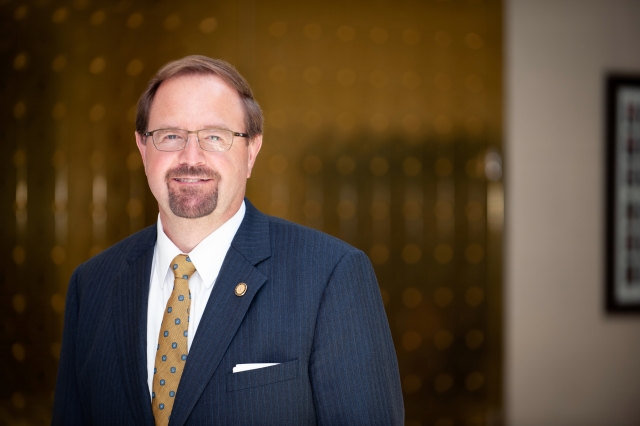 The candidates for state Senate District 48 are challenger Brian Caskey, a Democrat, and Chuck Edwards, the Republican incumbent.

Edwards, 60, has been in the state Senate since 2016. He is the owner of seven McDonald’s franchises in the Henderson and Buncombe counties. He and his wife, Teresa, are the parents of two children. They live in Flat Rock.

Why are you running for election to the N.C. General Assembly?

Edwards: We are at major crossroads in this country. The values that made us great are under a colossal attack. We see forces of socialism, lawlessness and unabashed spending that will be of epochal consequence. We find our freedoms are being snatched from beneath our eyes. I see my government service as an extension of my well-known service to this community. I want to fight these threats — and help ensure a bright future for N.C. families, children and small businesses. The tenure and responsibilities I’ve now earned in the Senate position me to make a positive difference for our district.

The two political parties have expressed different views on the actions of the Cooper administration regarding the coronavirus pandemic. What do you think of those actions? What would you do differently?

Edwards: Early on, while the effect of Covid-19 on our society was unknown, the right decision was to pause long enough to determine with what we are dealing. Quickly armed with more information and after knowing that our hospitals were not being overrun as feared, we should have begun to allow N.C. to safely reopen and allow our citizens to provide for their families and go about their lives. Of course, precautions are still needed, but you can look at our neighboring states that chose to honor the rights of individuals and businesses over political egos and see that there were better alternatives.

Edwards: I oppose the one-size-fits-all expansion of Medicaid. Of course I want to see every citizen have access to health care but this is not the solution. This is perhaps the most overpoliticized and misunderstood issue I’ve seen debated over the last decade. While this expansion is flaunted as “free” it clearly is not. There are high fiscal and human costs. The Governor’s proposal is expected to cost up to $171.3 million in the first year alone. Even my opponent admitted, “the other 10 percent would be paid by other workers.” That means higher taxes and higher premiums.

What other priorities do you have for the district you hope to represent and the state of North Carolina if you are elected?

Edwards: My priorities include working for families, children, and small businesses in my district through a strong economy, great jobs, a results-oriented education system, a law-abiding society, and the protection of our freedoms. I am a small businessman that is proud to be endorsed by small businesses and by law enforcement. I’d be honored to again have your vote to serve you for another term in the N.C. Senate. To learn more about me, please visit ChuckEdwardsNC.com.