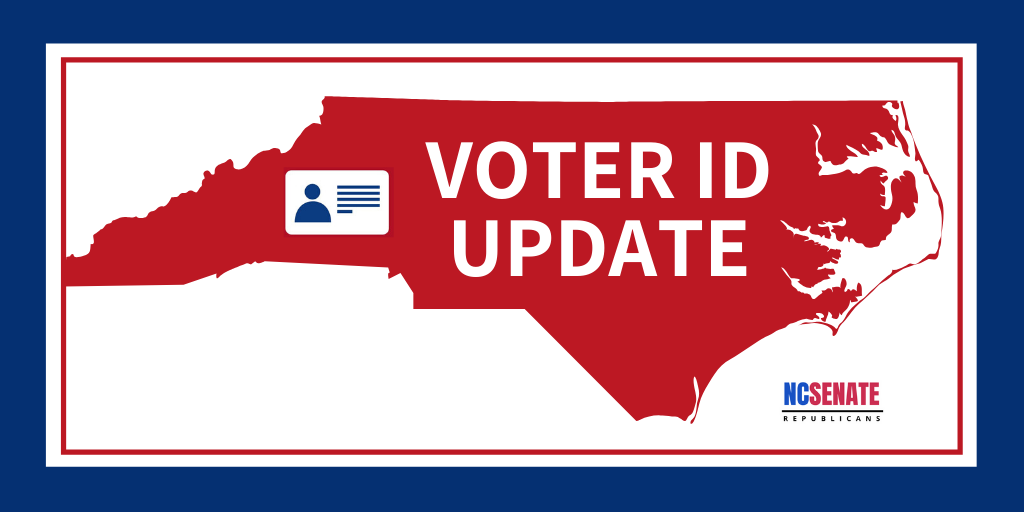 Since I have served in NC Senate I have been hearing that our society may be in the midst of a constitutional crisis. I am reminded by more and more citizens that through their rulings and opinions, often judges are making law from the bench that would otherwise be the duty of the legislature. Perhaps they are right.

A recent example of these arguments is that one unelected judge invalidated the people’s decision to amend their own Constitution with the stroke of a pen. This is exactly why we need a president in office that will appoint rational, rule-of-law judges to the federal bench.

In 2018, a double-digit majority of North Carolinians decided to amend their Constitution to require photo identification when voting. It was their decision to make, and they made it.

Then, on New Year’s Eve, one judge overturned the will of the people by blocking voter ID. Even worse, the judge has prohibited the legislature – the people’s representatives – us who are elected – from arguing the case in court. Instead, she’s only allowed Governor Cooper’s administration and Attorney General Josh Stein, both of which have opposed voter ID, to defend voter ID in court.

Sound crazy? That’s because it is. And it gets crazier.

The judge overturned two million votes because, in her words, the legislature had “discriminatory intent” when passing the law to implement voter ID.

That’s odd because one of the three primary sponsors of voter ID in the Senate is an African American Democrat. And two other Democratic senators voted to pass the bill – both of them black.

Would three African American Democrats really pass voter ID so they could discriminate against black voters?

There is no better example of the lawless elitism that pervades the judiciary than one unelected Democrat’s decision to suppress the will of two million North Carolinians by overturning voter ID.

Perhaps the most important and long-lasting impact of President Trump’s time in office will be the judges he’s appointed, from the Supreme Court on down. We need a president in office for another four years to keep reshaping the federal judiciary so this kind of lawless activism never happens again.

Regardless of how you feel about Donald Trump, I’m certain you don’t appreciate amending your own Constitution only to have an out-of-control federal judge invalidate your vote.

We need rational, rule-of-law judges on the bench.

The state legislature will keep fighting with everything we have to get voter ID back on the books this year. We just demanded (for the third time) that the judge allow us to defend the law that we wrote. We also requested a stay of the judge’s decision to overturn voter ID, a step that Attorney General Stein – who is supposed to represent us and the voter of North Carolina -- refused to take.