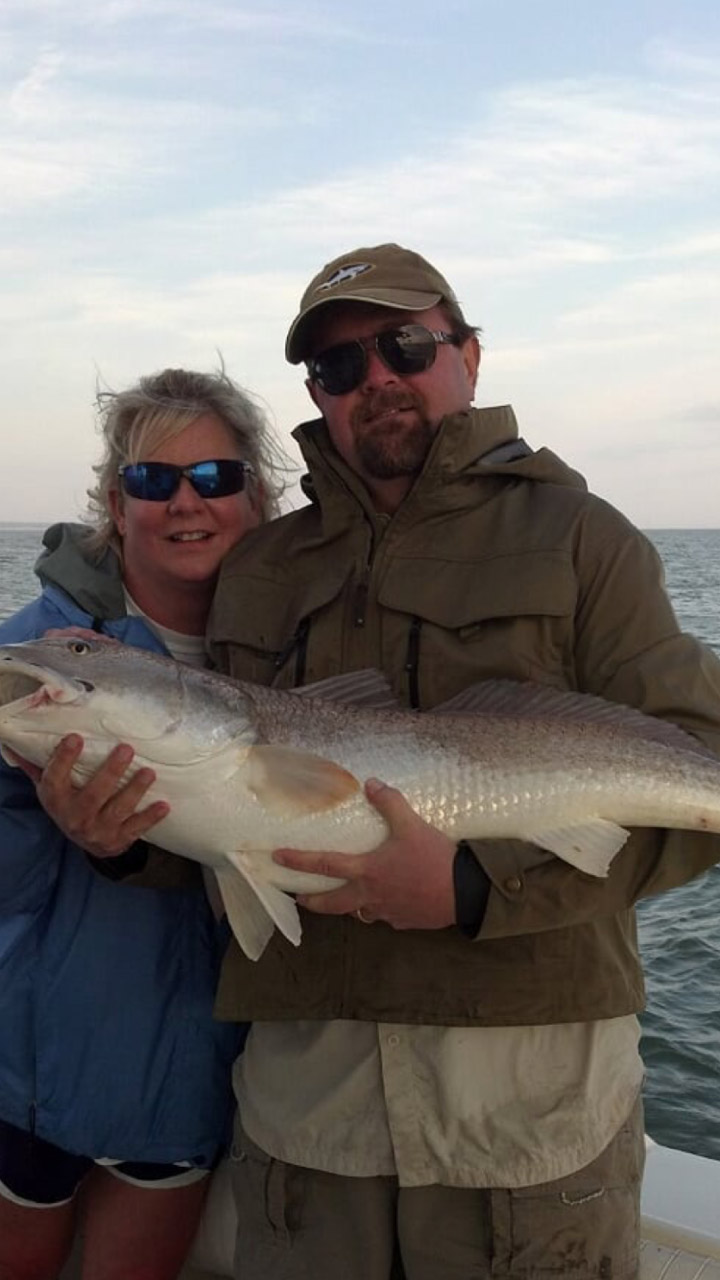 Chuck Edwards is a businessman currently serving as State Senator representing District 48 in the North Carolina General Assembly. After winning his first-ever election, the NC Senate Primary Election in March of 2016, he was appointed by Governor Pat McCrory to the seat in August that same year to fill the unexpired term of Senator Tom Apodaca, who retired. That November Chuck was elected to his first full term.

During his tenure, Chuck has steadily gained recognition among his peers in the Senate for his ability to apply his business acumen and his personal values to issues before that body. As a result, he has amassed an impressive list of committee assignments through which he has already played a significant role in improving the lives of those living in his district, and for all North Carolinians.

A proven leader in business and in serving his community, Chuck started out with little but ambition and the willingness to apply himself to whatever task he saw before him. As his hard work began to pay off, he sought ways to give back to his community, always with the desire that others might have the same opportunities for success with which he has been blessed. Today it is that same hope for others that defines his service in the NC Senate.

I believe the preamble to the NC Constitution binds us to consider our religious principles when passing legislation. I believe in less government interference in our lives, fiscal constraint, helping those who really need it, and encouraging those who can take care of themselves. I will protect the rights granted by the U.S. Constitution.

I love this country and the principles on which it was built. I am grateful for the opportunities that I have been given—primarily because I had the good fortune to have been born in a hospital where Old Glory was flying just outside the window. I appreciate the wisdom and courage of our forefathers and the sacrifices that other Americans have made so that flag might still proudly fly. I am fearful that I see the principles eroding that allowed me the opportunities that I’ve had, and that helped lead me on my life’s path. I want all North Carolinians to have the same opportunities to enjoy the American way of life that I have had.

Those freedoms and opportunities can only continue if those who understand them, enjoy them, and realize they are not automatic are willing to stand up to protect them.

I am blessed to be in a unique position to serve, and I possess a set of skills and values much needed in government today—principles, compassion, business acumen, and determination. With God’s help, I will serve faithfully and well those who have elected me to represent them in the North Carolina Senate. 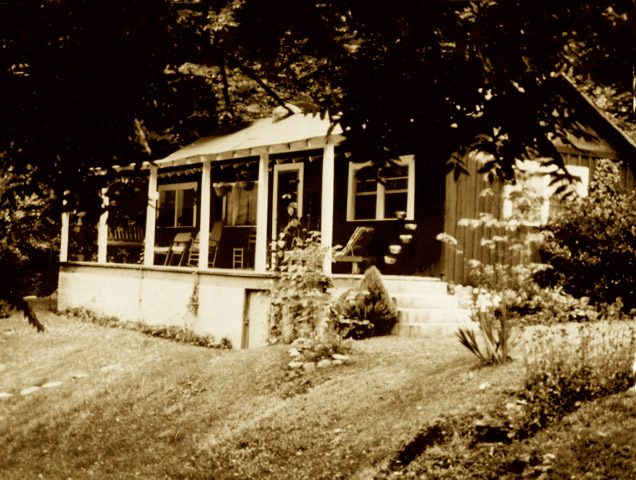 Chuck was born in Waynesville, a Western North Carolina town, and is proud of his humble mountain heritage. His ancestors lived a self-sustaining lifestyle on the mountainsides of Mount Sterling, Tennessee. In 1926, after President Calvin Coolidge signed a bill giving the Department of the Interior the responsibility of setting up national parks, Chuck’s ancestors were forced to leave their homes when the Great Smokey Mountains National Park was created. His family then settled on the banks of McClure’s Creek near Lake Logan in Haywood County, North Carolina, where they resumed a lifestyle of living mostly off of what they could grow, hunt, or catch.

Chuck was raised in a Southern Baptist home on McClure’s Creek with what he calls “mountain values.” He enthusiastically describes mountain values as the worship of God, the love of this country and those who protect it, an extraordinary work ethic, and watching out for one’s neighbors. These are all traits that he believes should be imperative for our elected officials.

Today he still claims those “old home places” along McClure’s Creek as the place of his roots. He fondly recalls the time he spent there as a child roaming the woods, hunting rabbits and squirrels, catching native rainbow trout, and foraging for ramps and ginseng. Today he still boasts that he is a “mountain boy.”

His family moved to Henderson County when Chuck was 12, and he went to work at his then stepfather’s full-service gas station in Fletcher. His natural father was a truck driver, and his mother was a waitress who for several years raised three children alone on a meager income. He recalls just how dependent his family had become on his mother’s tips on any given day.

Chuck believes his experience of living through several socioeconomic classes has helped him understand the social and economic issues that affect the lives of North Carolinians. Some of those issues that he has experienced first hand include family members and friends with substance abuse issues, transitioning from living in poverty to becoming well advantaged, and coming from a happy childhood in a traditional family to witnessing his parent's divorce, then seeing each of them remarry multiple times.

He joined Scouting as a teen, initially because it was an activity that drew him closer to camping, hiking, and the outdoors. He largely credits the encouragement that he received as a Boy Scout and the exemplary examples that were set for him regarding leadership and citizenship as helping him develop into a responsible adult. Chuck has said that Scouting entered his life at a time when he desperately needed male role models, discipline, and structure. Had so many of Scouting’s leaders not played such integral roles in his development as a youth, he believes his life would not have turned out nearly as well. For these reasons, he is proud to play a role in Scouting today by serving on the Daniel Boone Council Board of Directors.

Chuck graduated from West Henderson High School in 1978. There he played football, enjoyed intramural basketball and wrestling, and was active with the Fellowship of Christian Athletes. He was a member of the Future Farmers of America where he concentrated his activities on forestry and game management. At that time, since he loved the outdoors and that is where he spent so much of his spare time, his life’s ambition was to work in one of those two fields.

After graduating from high school and working full time, he realized he had a natural understanding and fondness for business. As his interest in it increased, Chuck began taking business-related courses at Blue Ridge Community College. For the next several years he continued to return there intermittently to take additional business-related courses. He knew that if he was to be competitive in the business world, and if he wanted to make himself marketable for pay raises and promotions, then he had to become a standout in whatever role he played. Chuck credits the knowledge he gained there for the confidence he felt whenever he found himself confronting graduates from more well-known—even Ivy League—schools.

He points out that whether one has studied business at BRCC or at Princeton, business principles and concepts are the same, balance sheets and income statements mean the same, and customers, employees, and suppliers are all driven by the same doctrines. A strong supporter of North Carolina’s Community Colleges, Chuck suggests that one should never underestimate their value. He asserts that what he learned there, combined with his work ethic fueled his promotions and growth beyond many others who had what they believed to be more prestigious degrees.

Teresa Wilson, also a graduate of West Henderson High School, became Chuck’s wife. They attended high school at the same time but did not actually meet until after they graduated. Their daughter Kim lives in Hendersonville and works as a medical assistant. Their late son Chris lived in Hendersonville and worked in their family's business. Chris is survived by his wife Brandy and their beautiful daughter Isabel, now 4 years old. Chuck’s surviving sibling, his sister Jeannie, lives in Haywood County and works there in manufacturing.

In 1977, to supplement his family's income, Chuck began work behind the counter at McDonald’s in Hendersonville. As a result of his strong work ethic, he was encouraged to join McDonald’s Corporation's management team in 1979 and quickly developed a keen interest in business management. In 1985 he was promoted into corporate middle management where he held multiple job titles that involved operations, finance, training, business consulting, business planning, HR, franchising, and site development. In 1998, while having responsibilities in seven southeastern states and driving nearly 7,000 miles per month, he was given the opportunity to purchase McDonald’s restaurants in Hendersonville, NC, including the very one where he began his career.

Today he and Teresa own seven McDonalds franchises in Haywood, Henderson, and Transylvania counties. Grateful for the encouragement he received when he was just starting out in business, Chuck has a strong sense of responsibility to his employees and is constantly seeking out talented youngsters to mentor and encourage. In addition to their restaurant business, the Edwards' own two real estate management, and holding companies as well as a self-storage facility.

In 2013 Chuck was hired as a Director of the Board by Macon Bank, a community bank later known as Entegra. There he helped take the company public and raise $65 million in capital. Since that time the company expanded into new markets, opened new branches, acquired other banks, created over 200 new jobs, grown its assets by $1.4 billion, and enjoyed a market cap of nearly $200 million, then later merged with First Citizen's Bank. He served on Entegra’s Audit, Compensation, and Human Resources, Loan, and Information Technology committees.

Giving Back to His Community

As their businesses became more successful, both Chuck and Teresa have become more and more involved in the communities in which they operate. They have been unselfish with their time and resources, working with and contributing to numerous causes that strive to help those who are less fortunate.

Chuck has often said that the sense in this region of donating one’s time and helping others is contagious and that he is happy that the example set by so many leaders in the community has also caused him to become infected.” He calls it rewarding and exhilarating to know that there is so much that ordinary citizens can do to make differences in the lives of others.

During Chuck's service in NC Senate, he has had the opportunity to participate and learn about many new community organizations. However, he has continued to remain dedicated to two important causes that remain dear to him. He continues to serve on the Board of Directors for the Daniel Boone Boy Scout Council, and with the Rotary Club of Hendersonville, NC.

For a complete list of organizations with which Chuck has served and is associated visit nc48.com/service.

Before filing to run for the NC Senate in 2016, Chuck had never before run for any public office. His involvement in politics began after he acquired his business. He quickly recognized that the tentacles of state, local, and federal governments were overextending their reach into business affairs and inhibiting his, and others’ ability to serve their employees, their customers, and their families.

His actions included working to know and understand his elected officials on every level, communicating with them frequently, and often traveling to Raleigh and Washington, DC, to help them understand the wide-sweeping ramifications of their actions.

After recognizing Chuck’s knack for building productive relationships with government leaders and, his ability to help influence change-, Chuck began to be enlisted by several business advocacy groups to help them develop relationships and make a difference.

Chuck has said that his mind is always active and that he has a tough time “letting go”; however, when he can find the time, his favorite off-duty activity is golf. He also enjoys the outdoors; hiking, hunting, some fishing, bicycling, boating, shooting, and traveling with his wife.